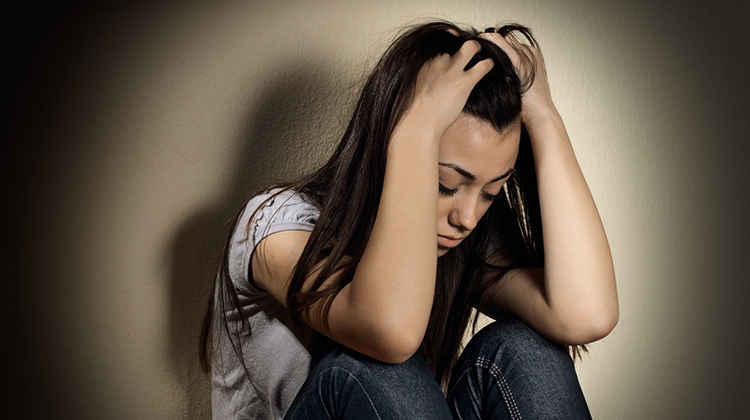 Amy sat across from me in one of the two Queen Annes. She looked vacantly at the floor and her shoulders slumped downward, as if ready to collapse under the weight of a hard life. She used a pale finger to absently toy with a strand of hair that hung by her cheek and was silent save the sound of her breathing. She was the third of four assessments I would do that day. Clients came in waves in residential treatment and that day I was surfing.

I had read her intake notes, a page of dispassionate scrawls from the admissions nurse, and was already writing the psychosocial in my head before I asked her any questions.

22-year-old white female, complaint of cocaine dependence. Patient admits to alcohol and poly-substance abuse since age 11. Began using intranasal powder cocaine 3 years ago and has been using I.V. intermittently for the past six months in amounts averaging from 1-2 grams daily while binging.

I didn’t need the chart to tell me she had likely been supporting her habit with dancing or hooking or both. It came with the territory.

She was a pretty girl. Even with the dark bags under her eyes that looked like bruises against her wan skin, and the track marks in the soft tissue at the bend of each arm, she had a beauty that softened the ravages of her addiction.

She shivered but remained silent. I went to a linen closet and got her a blanket. She wrapped herself in it without speaking.

I would get past the preliminaries with her as quickly as possible. Like all addicts, she had a story that went past her drug use. That story was my job. The rest, the drugs she used, how much and when and for how long, was just the requirements for documentation; an insurance matter. But it was something that had to be attended to.

I wish I could tell you that my work is like breaking a great and mystical code; that it requires a combination of high intellect and finely honed skills. I can’t, though. One look at her and most people would have a pretty good idea what the story was. Something, somewhere in her life had caused her enough pain, enough trauma, that she would stick needles in her arm to keep from thinking about it. Something, likely someone, had robbed her of enough self-worth that she could smile while crawling naked on a dirty floor, scraping up the money for her habit from a crowd of drunken fools.

The only trick was getting her to talk about it.

I would do that. I had my ways. But I still had no assurances it would help. Addictions have no memory. They move forward of their own volition, by their own will. But when repressing the trauma is killing you, the only thing that makes sense is to get it out; to face the demons and talk them down. It’s not a cure, but it’s a chance.

And talk she eventually did, though it didn’t come easy. She sat through most groups as though cloaked in a shadow, responding to queries with short, sometimes monosyllabic answers designed more to fend off other questions than to give up information. In her individual sessions she would talk a bit more, focusing mostly on her drug use, but quickly withdrew when I nudged the conversation a little deeper.

At two weeks into her treatment, and more importantly with only two weeks remaining, I tossed in the towel on tact and strategy and asked her the question.

“Amy, did someone sexually abuse you?”

It was the most animated I ever saw her. Her eyes went wide in surprise. Her mouth opened and froze in place. Her skin color, which she had regained with two weeks of abstinence and regular meals, drained from her face and was replaced by a bloody flush. Tears pooled and teetered on her lower eyelids but didn’t fall.

“Can you talk about it?”

She shook her head slightly.

I waited a moment, then leaned forward and spoke to her as softly as possible.

“I understand,” I said. “But I want you to consider putting it on paper. You don’t even need to show it to me. You may find at some point you want to show it to someone. And maybe whoever you show it to can help you understand that it wasn’t your fault.”

I let her go early from the session and called the nursing station to have her put on close observation. Tapping in to people’s pain sometimes has tragic results.

When I got to work the next morning I found a blue folder that had been slid under my door. It was Amy’s story, in Amy’s words, and each page I turned cut through me like hot knife.

It was her father.

He started touching her at age six. That progressed to other things as he continued grooming her, using her.

And along the way he taught her, in his own way, what all fathers are supposed to teach. Her worth as a person.

For him, her hand was worth five dollars. Her mouth twice that much, even more if she “finished.” Other parts of her body had their value too. And he paid for, owned, all of them.

He trained her well enough. Eventually, when she wanted money or other things, she came to him. She would tell me later that it made her feel special, even powerful.

But that illusion of power eventually played its way out, and you could see the results all over her life and all over her body. Every degradation she ever suffered had traveled through a spike and up her arms. Every violation a prescription for hopelessness. Humiliation and abuse became a deviated septum and hepatitis C; every needle mark a thousand unshed tears.

That power? It had led her, no, dragged her, to my office, unable to look me in the eye or even to tell someone, anyone, that she was cold. And it forced me to do something that I am not supposed to do as a professional.

The one necessity of my work is detachment. You get too close, too involved, you are helping no one, and you run the danger of causing harm. Anyone in this field will tell you that the ground rules mean doing the best you can and letting go of the results. That was no longer an option for me. I wanted Amy to make it.

I passed her in the hall a couple of days before she was discharged. She was sitting on the floor with her back to the wall. An assortment of family photographs was scattered across the tiles at her feet. She was sifting through that collection of memories as though it were a puzzle. Her face was cheerless, even more than usual, and her fingers trembled as she stopped to take a longer look at a particular picture.

She looked up and seemed to notice me for the first time. She hesitated, then tilted her head to the side in an invitation to sit with her. It was the most intimate gesture she’d made to me since her arrival.

I took a spot on the floor next to her and looked at the picture. It was her at about eight or nine years old. The camera had caught her in a smile, but she carried a sadness in her eyes that remained with her till that day. I started to say something, then remembered that one of my most valuable tools was knowing when to keep my mouth shut. I just sat with her, joining her in her silence, and we studied her picture together. After a few moments she cleared her throat and spoke.

“I used to love horses,” she said. “I used to daydream that like a prince or something would come and take me away on a horse and I would be happy and safe my whole life.”

A tear fell down her cheek and she laid the picture down on the floor. She rubbed her eyes and tried to offer a half-hearted smile, one of Amy’s sure signs she didn’t want to talk.

I spotted a tablet on the floor. “Amy’s Artwork” was written calligraphy-style across the cover. I pointed at it and asked, “Do you mind?”

“Sure, I used to draw, some,” she said, her tone confirming her mind was elsewhere.

I opened the tablet and my first reaction was simply being impressed. But as I turned the pages my reaction went from just impressed to startled, then disbelief, then, finally, complete awe.

The subjects of her drawing were people. Not just faces and features, but emotions and states of mind. She went far beyond the simpler interpretations of anger, sadness, and joy. She drew curiosity into the eyes of a child, contemplation in an old woman; brief hesitance in the expression of a man; and, of course, despair in a young girl. She drew the depth and subtlety of human emotion with the deftness and clarity of a great master.

In her work, done with merely pencil and paper, she demonstrated more understanding of the human soul than most therapists. Each page I turned was another awakening, another breathtaking revelation of the genius that sat next to me. Suddenly, I felt as humbled and inept as I ever have in my life. I reached up and wiped my eye, then looked at the tip of my finger, now moist with one of my own tears.

Two months after she left treatment, a month after her father began serving time, I got the call that she was dead. It was an overdose, of course. They found her splayed out next to a dumpster. Whoever she was using with just dumped her onto the pavement amid the garbage to avoid problems with the law.

I’m sure the coroner’s report cited cocaine as the cause of death. But that was just the interpretation of cold science. The coroner no more knew what caused her death than I knew how to help her live. What I do know is this: Amy’s death was a homicide. Her father murdered her when she was six years old.

It just took her 16 years to figure it out.