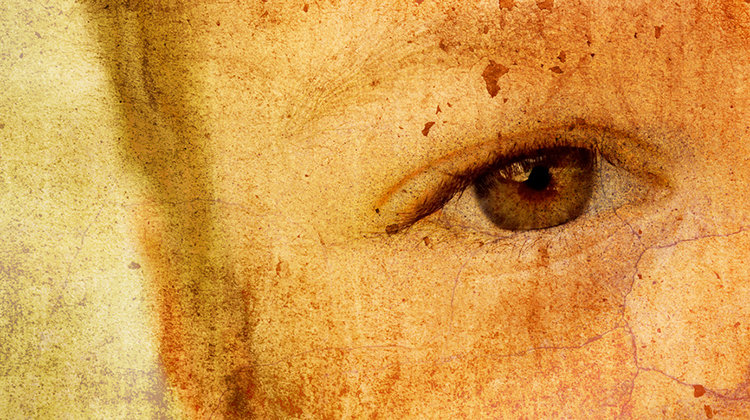 October is Domestic Violence Awareness Month. This reminds me of a debate I once had on that very subject. I wrote a piece after that debate that I want to resurrect as my contribution to help raise awareness of the issue. We have so little of that these days. I am hoping it will provide some food for thought and something to pass on to other venues this month.—PE

For those of you who are familiar with my work, you know that I became involved in some alternative forms of activism because of my experience in the mental health field, where I worked as an addictions counselor for 20 years. The DV debate I mentioned took me back a few years to some very familiar arguments that were commonplace with my peers when I was counseling.

That person I debated with reminded me of the ideologues with whom I used to work. What he does not know, and doesn’t want to know, about the subject was vast and wholly disappointing. I came by my knowledge of the subject in a hard, but not the hardest, way.

In the world of drug addicts and alcoholics, violence in the home is as common as lost jobs, DUIs, and a litany of other life problems. And my experience in dealing with it leaves an impression in my mind vastly different from what you see broadcast in public service announcements and what you hear from gender activists who make their bread and butter from the problem.

Somewhere in all of us, I think, by virtue of systematic brainwashing, is the idea that domestic violence is epitomized by a frail and battered woman, quietly weeping and huddled in a dark corner. We have been trained, through the hypnotic repetition of misinformation, to conjure the image of a male monster driven by the insatiable need for control, pummeling his wife or girlfriend because her independence threatens him.

Do such monsters exist? Certainly. I have spoken with many of them. Some are guilt-ridden over their actions, some are sociopathic and unrepentant, rationalizing that their misdeeds are justified. All of them are wrong.

But of course to be fair, and more importantly truthful, my memory has no shortage of women who also fill the bill. I have dealt with many who slapped, punched, kicked, and clawed their partners out of anger and frustration and, just like a few of the men, out of the sick desire for dominance. The only real difference between the two is that I found significantly less remorse in the women. I have always attributed that to the fact that their violence was never taken as seriously as the men’s, and never as stigmatized by social taboo. It didn’t make any of them less wrong.

But here’s the rub. The use of violence as a premeditated, ongoing tool to maintain primacy in a relationship was always an infinitesimally small percentage of what I saw in the people I worked with. It was the extreme exception that somehow achieved inculcation into public consciousness as the norm, with a male in the role of perpetrator.

From working with countless families affected by the problem, I can tell you what domestic violence really is. It’s a couple, one or both of them likely drunk, escalating a fight till it gets physical. It’s two desperate, out-of-control people, clawing at each other out of fear and rage. It’s impulse, reckless dysfunction that as many times as not has the two people in the bedroom enjoying makeup sex not long after it is over and then building the tension between them till it happens again.

It is people who cannot or will not manage conflict in a way that is peaceful, and it does not belong to one sex over the other any more than it belongs to one hair color over the other.

In fact, if you want to understand who is at most risk for violence in the home, take an equally hard look at poverty and drugs, especially alcohol. Looking at anything else first, especially the sex of perpetrators and victims, is fruitless. Unless, of course, assigning the wrong reasons for domestic violence is how you make your living.

If you want to know the real truth, we have screwed up the whole concept of perpetrators and victims when it comes to domestic violence. What I witnessed over two decades of dealing with the realities on the ground gave me a completely different view than what you hear in coffee-house conversations.

When it comes to domestic violence, the real perpetrators are adults and the real victims are children.

Until we start to understand this, and act on it in good faith, we will achieve nothing more than further pitting men and women against each other, and leaving more children devastated in the wake of their battles.

Children who witness violence between their parents are traumatized by it. And I mean that in the literal sense. I have spoken with countless couples who recounted their battles with each other, sometimes sadly, but often as dispassionately as two people talking about playing checkers. They even laughed, together, at the absurdity of their actions. And let’s face it, rather than being there to arrange escape and protection plans, they were there trying to figure out how to stay together and solve problems.

Talking to their children was vastly different. That is where I saw the most, and the most genuine, tears. Usually, all it took was a question.

“What is it like for you when Mom and Dad fight?”

Many of them, when hearing this simple question, which neither parent had likely ever asked, were overcome in a swell of raw, unyielding pain. They often struggled to steady their quivering lips and fight back tears as they talked. Others just walled off, keeping their eyes down, shrugging their shoulders, and forbidding me to enter the world of their pain.

Many of them, though, did tell me their stories. I got to hear how they covered their heads with pillows at night, trying to block out the noise. Others learned to escape in their own minds, retreating into fantasy. Still others tried to intervene, to become the only adult in the house, and to protect one parent from the other. And, yes, they were often trying to protect their fathers.

As I did my job and dug into their lives, I found the real legacy of their parents’ actions. It came in the form of school failure, fighting, drug use, thoughts of suicide, social withdrawal, hopelessness, despair, anger, and fear.

And it was a fear they were destined to carry with them; baggage to be hefted and lugged into their adult lives, tainting their image of themselves and others; wrecking their chances to trust the likes of love or put stock in the notion of family. A gift from Mom and Dad in the form of scars.

I didn’t blame them for being afraid, or for being angry. When I heard their stories I was angry too. Sometimes I wanted to grab both parents and smack them myself. But mostly I just sat and watched as they pointed at each other and cast blame.

You know, we put a lot of effort into finding a solution to domestic violence. And we put a great deal of energy into supposedly helping the victims of this social malady. As well we should.

It is the contention of many MRAs, and we are right to think so, that we need to de-gender the problem. We point to the fact that women are, as often as men, the initiators of violence. We lament the fact that social services all but deny the existence of male victims. Again, rightfully so.

But if we are ever to understand and redress the difficulties we face over this problem, I contend that we need to take a more somber and sober look at who is really paying the price for all of it.

And we need to understand that parents with children who have repeated violence in the home are abusing them, literally wrecking their futures, regardless of anything as trivial as who hit who first or who got the biggest bruise.

What we have now is a system that only takes the petty squabble between two immature people and elevates it to the national level. We have turned our collective understanding of domestic violence into a macrocosm of a childish, vindictive, marital spat, ever seeking someone to blame for being the real problem.

And it underscores the importance of organizations like S.A.V.E. and DAHMW, run by people who are more interested in solving the problem than in simply pointing fingers.

I hope, and I certainly encourage other MRAs, that as we continue our quest of cutting though all the garbage science and concocted factoids about domestic violence, we make it a point to remind people that we are not engaged in finger-pointing at women, or even necessarily at misinformed ideologues. We are really trying to educate a woefully ignorant public about who pays the price for the misconceptions. I know that wrongly accused men do pay, and it is a horrible injustice, but the real sacrificial lambs are our sons and daughters. They never asked for any of this.

And as I read back through that debate, I found myself at fault for failing to more adequately bring that to the table. If there was ever any doubt about whether or not the debate was worth it in my mind, at least that much has been resolved.