You are here: Home / Featured / The Archers murder scene could drive more women to kill 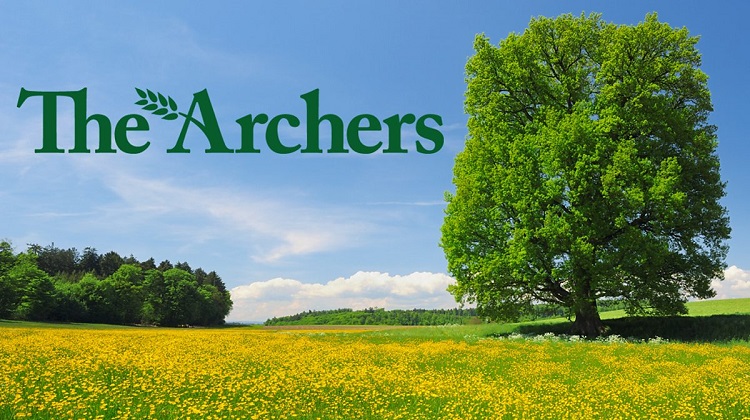 As someone who has spent more than 40 years helping victims of domestic violence, I found Sunday’s dramatic climax in The Archers deeply upsetting — and a travesty of real-life abuse stories.

Helen Titchener finally cracked after all her torment. Her husband, Rob, had been wickedly controlling, ordering her what to wear, tracking her whereabouts and, apparently, sexually abusing her.

On Sunday, we heard Rob handing Helen a kitchen knife, saying it was her ‘only way out’ . . . before she stabbed him.

It’s a story that has gripped the nation, brought in thousands of new listeners and sent Twitter into overdrive as arguments rage over whether Helen was right to attack her abusive husband.

The storyline has been divisive. But it has also, to my mind, been irresponsible, sensationalist and completely unlike genuine domestic violence episodes.

Yes, I know this is only a soap opera, and the Helen/Rob affair greatly added to its dramatic tension. But given my experience in this field, I believe it could also encourage other people to take a knife to their partner.

Helen fans have bombarded Twitter, saying Rob deserved his fate. But does anyone actually deserve to be stabbed, however badly they’ve behaved?

It was in 1971 that I set up what has been called the first women’s refuge in the world, Chiswick Women’s Aid, now known as Refuge. Since then, I have come across thousands of victims of domestic violence (I still help them) and many cases where an abuser has himself — or herself — been attacked in return.


Dramatic moment Helen is arrested for stabbing Rob in The Archers

In very few of those cases would I justify such vengeful violence. Only if the victim is on the verge of being killed can it be right to stab, or kill, the attacker.

Very often, all is not what it seems. I remember one instance where a woman had stabbed a man in an artery, claiming it was self-defence. Only later did it emerge that she’d stabbed him because he was leaving her for another woman.

If people start following the example in The Archers, we could have more deaths on our hands. Imagine an impressionable listener who is being abused by her partner. She now might think it’s OK to attack him with the breadknife — when what she should do is leave him.

In fact, that is precisely what most victims of domestic violence do — they leave. Male victims are less likely to leave — because there are no refuges for men — but female victims of violence almost always do.

True, they may put up with a spell of bullying behaviour or a single attack, but they tend to leave soon afterwards. Normal women don’t hang on in there like Helen Titchener has.

She is a strong-minded young woman with more escape mechanisms that most: she has family and friends she can find refuge with; she is intelligent; and, in real life, she would have left Rob ages ago.

But then, in real life, victims of domestic abuse aren’t chasing listener figures. The makers of The Archers have strung out the Rob and Helen story not to help real victims, but to boost the popularity of the programme.

They have tried to justify the storyline by tweeting the details of a domestic violence action line. And thousands of listeners have donated more than £96,000 to a JustGiving page, The Helen Titchener Rescue Fund, which will hand the money to Refuge — none of which will go to male victims of domestic abuse.

That action line, and that money, won’t stop The Archers perpetuating the wicked old myth of always seeing domestic violence through a feminist lens: the myth that all men are bastards, that they deserve what’s coming to them.

Real domestic violence has nothing to do with the feminist cliche. As I have argued repeatedly — becoming hated by feminists as a result — in most cases, both partners are violent to each other.

I come from a family where my parents, grandparents and great-grandparents were emotionally abusive or physically abusive. I was a victim of my mother’s violence.

People in violent relationships usually only stay together if they’re meeting each other’s warped needs — as in my parents’ case.

Domestic abuse is a highly complicated issue. The Archers sends out a simplistic, untruthful version: a black-and-white picture of one goodie (female) and one baddie (male).

No one has ever asked in The Archers why Rob is doing what he does, apart from suggesting his manipulative mother is a factor. If the programme’s writers had seriously studied the issue, they would have explained that Rob’s terrible desperation to control Helen came from his own neediness; that this sort of man is totally dependent on his victim.

But that wouldn’t have been sensationalist enough. Instead, they came up with a fantasy storyline that will have one big, unexpected, unwelcome result: the continued demonisation of men and another supposed victory for the feminist movement!

The pendulum has swung way too far against men. The storyline in The Archers sustains the old lie that it is only men who commit domestic violence, and we must always look at women as victims.

There is barely any provision for male victims, while the law is almost entirely rigged in favour of female victims.

Since 1974, the feminist movement has hijacked the issue of domestic violence and turned it into this simplistic world, a patriarchy run by villainous men; a world where nasty men rape and attack women, and no complications are allowed to enter this ludicrous, simplistic picture.

The tragedy is The Archers has done nothing to dislodge this dangerous myth — it has simply made things worse.