You are here: Home / Mega Featured / How feminists tried to destroy the family 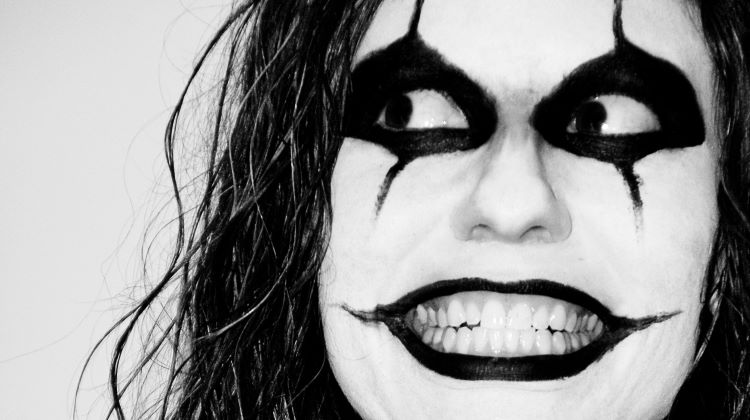 During 1970, I was a young housewife with a husband, two children, two dogs and a cat. We lived in Hammersmith, West London, and I didn’t see much of my husband because he worked for TV’s Nationwide. I was lonely and isolated, and longed for something other than the usual cooking, cleaning and housework to enter my life.

By the early Seventies, a new movement for women – demanding equality and rights – began to make headlines in the daily newspapers. Among the jargon, I read the words “solidarity” and “support”. I passionately believed that women would no longer find themselves isolated from each other, and in the future could unite to change our society for the better.

Within a few days I had the address of a local group in Chiswick, and I was on my way to join the Women’s Liberation Movement. I was asked to pay £3 and ten shillings as a joining fee, told to call other women “sisters” and that our meetings were to be called “collectives”.

My fascination with this new movement lasted only a few months. At the huge “collectives”, I heard shrill women preaching hatred of the family. They said the family was not a safe place for women and children. I was horrified at their virulence and violent tendencies. I stood on the same platforms trying to reason with the leading lights of this new organisation.

I ended up being thrown out by the movement. My crime was to warn some of the women working in the Women’s Liberation Movement office off Shaftesbury Avenue that if it persisted in cooperating with a plan to bomb Biba, a fashionable clothes shop in Kensington, I would call the police.

Biba was bombed because the women’s movement thought it was a capitalist enterprise devoted to sexualising women’s bodies.

I decided that I was wasting my time trying to influence what, to my mind, was a Marxist/ feminist movement touting for money from gullible women like myself.

By that time, I’d met a small group of women in my area who agreed with me. We persuaded Hounslow council to give us a tiny house in Belmont Terrace in Chiswick. We had two rooms upstairs, two rooms downstairs, a kitchen and an outside lavatory. We installed a telephone and typewriter, and we were in business.

Every day after dropping my children at school, I went to our little house, which we called the Women’s Aid. Soon women from all over Chiswick were coming to ask for help. At last we had somewhere women could meet each other and bring their children. My long, lonely days were over.

But then something happened that made me understand that our role was going to be more than just a forum where women could exchange ideas. One day, a lady came in to see us. She took off her jersey, and we saw that she was bruised and swollen across her breasts and back. Her husband had taken a chair leg to her. She looked at me and said: “No one will help me.”

For a moment I was somersaulted back in time. I was six years old, standing in front of a teacher at school. My legs were striped and bleeding from a whipping I had received from an ironing cord. “My mother did this to me last night,” I said. “No wonder,” replied the teacher. “‘You’re a dreadful child.”

No one would help me then and nobody would ever imagine that my beautiful, rich mother – who was married to a diplomat – could be a violent abuser.

Until that moment 35 years later, I had buried my past and assumed that because we had social workers, probation officers, doctors, hospitals and solicitors, victims of violence had enough help.

I quickly discovered, as battered women with their children poured into the house, that whatever was going on behind other people’s front doors was seen as nobody else’s business.

If someone was beaten up on the street, it was a criminal offence; the same beating behind a closed door was called “a domestic”‘ and the police had no rights or power to interfere.

The shocking fact for me was that there had been a deafening silence on the subject of domestic violence.

All the social agencies knew about domestic violence, but nobody talked about it. I searched for literature to help me understand this epidemic, but there was nothing to read except a few articles on child abuse in medical journals.

So in 1974 I decided to write Scream Quietly Or The Neighbours Will Hear, the first book in the world on domestic violence. I revealed that women and children were being abused in their own homes and they couldn’t escape because the law wouldn’t protect them.

If a husband claimed he would have his wife back, she couldn’t claim any money from the Department of Health and Social Security, and social services could only offer to take the children into care.

Meanwhile, our little house was packed with women fleeing their violent partners – sometimes as many as 56 mothers and children in four rooms. All had terrible stories, but I recognised almost immediately that not all the women were innocent. Some were as violent as the men, and violent towards their children.

The social workers involved with these women told me I was wasting my time because the women would only return to their partners.

I was determined to try to break the chain of violence. But as the local newspaper picked up the story of our house, I grew worried about a very different threat.

I knew that the radical feminist movement was running out of national support because more sensible women had shunned their anti-male, anti-family agenda. Not only were they looking for a cause, they also wanted money.

In 1974, the women living in my refuge organised a meeting in our local church hall to encourage other groups to open refuges across the country.

We were astonished and frightened that many of the radical lesbian and feminist activists that I had seen in the collectives attended. They began to vote themselves into a national movement across the country.

After a stormy argument, I left the hall with my abused mothers – and what I had most feared happened.

In a matter of months, the feminist movement hijacked the domestic violence movement, not just in Britain, but internationally.

Our grant was given to them and they had a legitimate reason to hate and blame all men. They came out with sweeping statements which were as biased as they were ignorant. “All women are innocent victims of men’s violence,” they declared.

They opened most of the refuges in the country and banned men from working in them or sitting on their governing committees.

Women with alcohol or drug problems were refused admittance, as were boys over 12 years old. Refuges that let men work there were refused affiliation.

Our group in Chiswick worked with as many refuges as we could. Good, caring women still work in refuges across the country, but many women working in the feminist refuges, about 350, admit they are failing women who most need them.

With the first donation we received in 1972, we employed a male playgroup leader because we felt our children needed the experience of good, gentle men. We devised a treatment programme for women who recognised that they, too, were violent and dysfunctional. And we concentrated on children hurt by violence and sexual abuse.

Yet the feminist refuges continued to create training programmes that described only male violence against women. Slowly, the police and other organisations were brainwashed into ignoring the research that was proving men could also be victims.

Despite attacks in the Press from feminist journalists and threatening anonymous telephone calls, I continued to argue that violence was a learned pattern of behaviour from early childhood.

When, in the mid-Eighties, I published Prone To Violence, about my work with violence-prone women and their children, I was picketed by hundreds of women from feminist refuges, holding placards which read: “All men are bastards” and “All men are rapists”.

Because of violent threats, I had to have a police escort around the country.

It was bad enough that this relatively small group of women was influencing social workers and police. But I became aware of a far more insidious development in the form of public policy-making by powerful women, which was creating a poisonous attitude towards men.

In 1990, Harriet Harman (who became a Cabinet minister), Anna Coote (who became an adviser to Labour’s Minister for Women) and Patricia Hewitt (yes, she’s in the Labour Cabinet, too!) expressed their beliefs in a social policy paper called The Family Way.

It said: “It cannot be assumed that men are bound to be an asset to family life, or that the presence of fathers in families is necessarily a means to social harmony and cohesion.”

It was a staggering attack on men and their role in modern life.

Hewitt, in a book by Geoff Dench called Transforming Men published in 1995, said: “But if we want fathers to play a full role in their children’s lives, then we need to bring men into the playgroups and nurseries and the schools. And here, of course, we hit the immediate difficulty of whether we can trust men with children.”

In 1998, however, the Home Office published a historic study which stipulated that men as well as women could be victims of domestic violence.

With that report in my hand, I tried to reason with Joan Ruddock, who was then Minister for Women. The figures for battered men were “minuscule” she insisted and she continued to refer to men only as “perpetrators”.

For nearly four decades, these pernicious attitudes towards family life, fathers and boys have permeated the thinking of our society to such an extent that male teachers and carers are now afraid to touch or cuddle children.

Men can be accused of violence towards their partners and sexual abuse without evidence. Courts discriminate against fathers and refuse to allow them access to their children on the whims of vicious partners.

Of course, there are dangerous men who manipulate the court systems and social services to persecute their partners and children. But by blaming all men, we have diluted the focus on this minority of men and pushed aside the many men who would be willing to work with women towards solutions.

I believe that the feminist movement envisaged a new Utopia that depended upon destroying family life. In the new century, so their credo ran, the family unit will consist of only women and their children. Fathers are dispensable. And all that was yoked – unforgivably – to the debate about domestic violence.

To my mind, it has never been a gender issue – those exposed to violence in early childhood often grow up to repeat what they have learned, regardless of whether they are girls or boys.

I look back with sadness to my young self and my vision that there could be places where people – men, women and children who have suffered physical and sexual abuse – could find help, and if they were violent could be given a second chance to learn to live peacefully.

I believe that vision was hijacked by vengeful women who have ghetto-ised the refuge movement and used it to persecute men. Surely the time has come to challenge this evil ideology and insist that men take their rightful place in the refuge movement.

We need an inclusive movement that offers support to everyone that needs it. As for me – I will always continue to work with anyone who needs my help or can help others – and yes, that includes men.