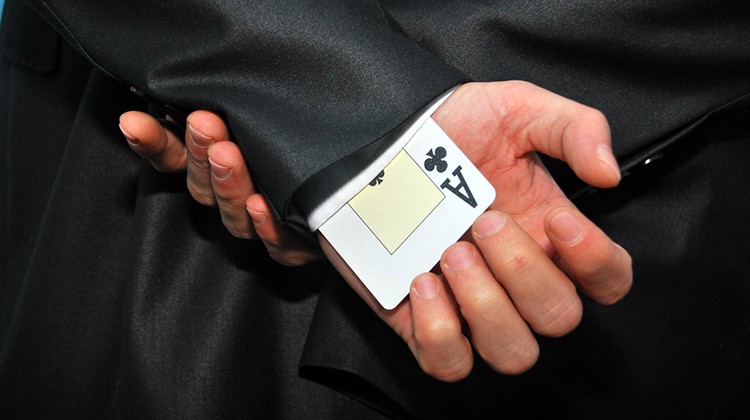 By the early eighties there were sufficient shelters and funding for the feminists to turn their attention to the subject of ‘perpetrator abuse.’   This enabled them to open up a whole new income stream.  This move was never intended to help men come to terms with their violence. Indeed according to their political ideology domestic violence is singularly defined as men beating their wives. That violence, feminists claim, is a brutal expression of patriarchal power in the home.

Their ideology also asserts that men were impervious to any therapeutic intervention, courtesy of their deeply ingrained patriarchal privilege.

According to this new model they precluded anything but criminal treatment for men’s alleged violence toward women and children. Laws were passed that specifically forbade any couples intervention for men accused.

I was aware that in the early nineties research workers were studying relationships between same sex couples.  Lie and Gentlewarrior: Intimate Violence in Lesbian Relationships, Journal of Social Science Research, 15, 41-59.  They studied 1,099 lesbians and discovered that 52% of the respondents had been abused by a female partner or lover.  This surely I surmised was proof that domestic violence was not and never has been a gender issue.

Over the last ten years more and more academic studies published their findings which prove that domestic violence is almost equal amongst men and women and therefore the Duluth Model is defunct. Its only remaining value is as a funding source for the feminist movement.  Because the feminist movement has had over forty years to create a stranglehold on any information coming out of academia, it has made it very difficult for people seeking valid information to work their way through the reams of dishonest feminist publications.

All research figures put out by the feminist shelter agencies internationally are crude attempts to bury the truth.  The drive behind their research figures is not ever an attempt to bring relief to those who suffer from domestic violence but to keep up a stream of hysterical allegations that will encourage the public to keep on donating to their already bloated billion dollar empire.

A famous example is the American Super Bowl myth that on that day many more women would be assaulted by their partners.  Christina Hoff Summers’s book, ‘WHO STOLE FEMINISM’ exposed the ‘Abuse Bowl’ hoax.  Even now in England we regularly get stories that during major televised football games women will be beaten.  Christmas and Valentine’s Day we are also told will be days when men will turn on their wives and partners.

The actual Domestic Abuse Intervention Project is a crude attempt to force men into, as Tomaz explained to me, ‘….a class where you are indoctrinated to believe that all men are predators and you should be ashamed for ever being born.’  Many men ordered into these courses with no evidence of violence towards their partners against them.  They are there because of their partners false allegations but they have to agree that they are violent because if they do not they will not be able to complete the course.  If they fail the course they can be banned from seeing their children or only allowed to see their children under supervision.  In these courses men must also confess that they are guilty of ‘Using male privilege.’

The most sinister part of the Duluth Model to me is the use of brain washing techniques that I personally saw in the days of the Chinese Communist ‘Re-education programmes.’  Russia also had the same sort of programmes but they were directed at both sexes.  Here men have to be re-educated to abandon their masculinity because it brings with it the evils of being born with a ‘Y’ chromosome that leads to rape, violence, and destruction. 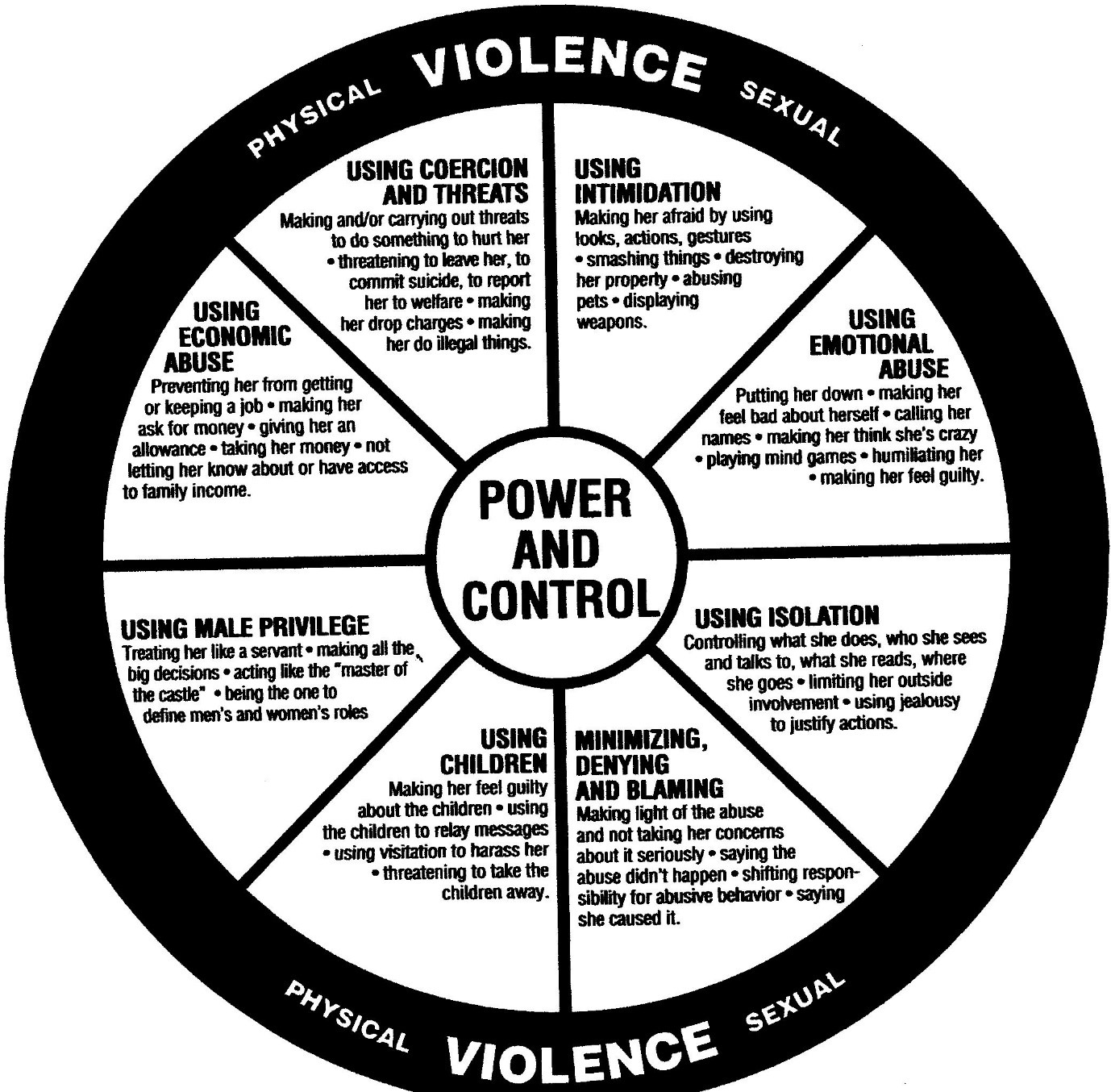 Across the entire western world governments have welcomed this programme and rejected all other attempts at allowing men to attend therapeutic programmes that are primarily aimed at helping men to understand and come to terms with (in most) cases toxic, dysfunctional, abusive  parenting.  These programmes do not demonise men and do not adhere to the feminist mantra that all men are violent.

The Duluth Model does have programmes for women who are violent they too can be sent to a similar programme but in their programmes women are taught ‘how not to allow men’s control of them to cause them to ‘react inappropriately.’ Men yet again blamed initiating the violence.

In England our government gave the accrediting of male perpetrator programmes to an organisation called ‘Respect,’ a group administered by ideologically biased feminists. I am not surprised that Respect then refused to accredit any other programmes other than The Duluth Model.

In order to double their funding the feminists (both male and female) workers talk about this model as a ‘community based project.’  Part of the community based project is that the women, who in many cases are just as violent as the men they have denounced, are offered ‘community safety worker.’  These workers are assigned to keep the victims safe.  The woman is always the ‘victim’ in this model and she has her safety worker who will inform her of her partner’s progress or lack of progress.

She is also in a powerful position because she gets to say if she decides to have her partner back whether he is succeeding in controlling his violence or not.  At any time she can tell her safety worker that he is not controlling himself and he will be either imprisoned or removed from the house and barred from seeing his children while he re-enters the programme.

I believe that the Duluth Model is unethical coming as it does from the now thoroughly discredited idea that it is only men who are violent in intimate partner relationships.  I also believe it is probably illegal.

This is a programme devised by people who are openly hostile to men.  Any man threatened with this programme has no legal representation offered to him.  He is guilty by birth and gender his human right to a ‘fair trial’ is never considered.  This programme is detrimental to both men and women because it does not allow women the right to take responsibility for their own behaviour which in term impacts on the children who are left in the arms of an abusive mother.  This programme does not acknowledge that the safest place for children is with their own biological father and apart from the abusive mother the other danger children face is the mother’s lovers or partners.

The time has no come when we must all raise our voices and put an end to this dangerous and brutal model.  It is an international disgrace that these people, greedy for funding, have contrived to abuse men for all these years.  Of course I accept that many of the men on these programmes are indeed abusers but shaming them, bullying them, refusing to look at the circumstances that led to their abusive behaviour has no place in a civilized society.

‘Perpetrator programmes for partner violence:  Are they based on ideology or evidence?  Louise Dixon, John Archer and Nicola Graham-Kevan.