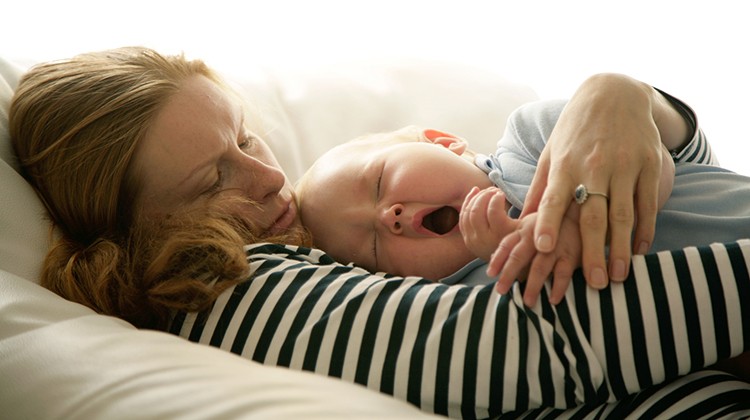 There is an apocryphal story I read that tells of a doting mother who has a son that cuts out her heart in an attempt to get away from her. He throws her  heart down on the ground and when, stricken with guilt, he stands over her severed head she looks up at him and says ‘son has thou hurt thyself?  This story made me cringe because this to me is the classic incestuous mother. Whatever her son does even if he ends up killing her will she never let him go.  She is so deeply embedded in his soul and her tentacles are wrapped around his heart. :Love or hate her he is enslaved for the rest of his life.

Robin told me that he had difficulties forming relationships with women. He put this down to the fact that he had a very virulent relationship with his mother. He said, ‘I hate her.  I have nothing to do with her at all.  I cut her off years ago.’

‘In hatred,’ I said, ‘lies your addiction.  If you told me that you felt indifferent to her I would believe you, but your relationship to her is still very much alive. In hatred there is attraction. You really need to work on this malignant relationship you still have with her or else you will destroy any good relationship you might have with someone else.’

Any woman that Robin dated soon found herself the victim of his verbal abuse.  All the rage  he was unable to vent on his mother he poured out on to his partner. He was not willing to do the work to help him free himself of his incestuous relationship he had with his mother. He continued to be a serial womanizer and left a trail of destruction in his wake.

The main difference between a malignant mother and a dysfunctional mother is that the dysfunctional mother does not wish any harm to her children and she is capable of showing her love for them. She can be violent and her mothering can be slip shod but she wishes her children no harm and her dysfunction is as a result of her own childhood trauma. She will accept advice gratefully if it is offered to her.  The malignant mother is often deeply narcissistic and is incapable of any genuine emotion except for herself and for her needs.  These are the women that damage all their children but particularly their sons if they choose one or all of them as eroticised partners.

A good example of a malignant incestuous mother is ‘The Duchess ‘Jimmy Saville’s mother. In his case he is what I called ‘the onlooker.’  She chose one of his brothers to be her ‘golden boy’ and Jimmy was the seventh child and the youngest. It wasn’t until he began to make big sums of money that she turned her attention to him and he lived with her for the rest of his life.  He was no longer an outcast and she gloried in his fame and joined him whenever she could.  He in turn showered her with gifts and money.  When she died he kept her corpse in their house for five days and he wrote: ‘……best five days of my life.  She looked marvellous.  She belonged to me.’  It’s wonderful is death.  In his spare time Jimmy was lauded for his work as a porter in a hospital taking dead bodies down to the mortuary.  Nobody suspected that he was a necrophiliac.  The onlooker became the lover finally.

A second example of a malignant mother can be found in the reports on the early life of Aders Breivik.  He killed 77 people in his murderous rampage in Norway on 22nd July 2012.  According to a report made by psychologists in Norway’s Centre for Child and Youth Psychiatry (SSBU), his mother sexualized Breivik.  Notes were made concerning her inappropriate sexual relationship with her son and the unhealthy ‘closeness’ she showed when she was in bed with him during the time they were at the clinic.  She also hit him and wished frequently dead.  His father tried to get custody knowing that his wife was deeply disturbed but he failed.  The psychologist’s evidence was not heard in Court.

I had a very malignant mother living in one of my refuges.  She was a large, warm, ebullient woman with two sons.  The older boy was very nervous and bit his lips and his nails.  He was surly and seldom smiled. The young boy was fifteen years old.  He was difficult to like.  He hung close to his mother and seemed very spoiled.  It was the older brother who came to talk to me and he complained that his mother in between the abusive boyfriends she brought home she always shared her bed with her youngest son.  He said that he was constantly left out of their lives and he was excluded from their relationship.  He was confused about what was happening and wanted to get his brother out of his mother’s bed.  He admitted he felt jealous of all the attention his brother was getting and that his role in the family was that of a skivvy while his brother was exempt from all house work or gardening.  I promised him I would help.

There was no subtle way to talk to this woman so I just sat her down and explained what could become of her son if she continued to be his lover and not his mother.  Your son lies every night next to you in between your lovers.  He has erections and erotic dreams you lie next him to him asleep.  He struggles with the fact that he feels horrified and guilty that he is eroticised by your behaviour and the way you treat him in-between lovers.  When you push him out of your life he suffers jealousy and murderous rage.  Your son is already seriously damaged by your selfish behaviour.  You put your selfish sexual adult needs on your son’s shoulders and you are destroying your elder son by neglecting him and excluding him. Your young son is well on the way to becoming a rapist or a serial murderer and your eldest boy may find it impossible to make a loving trusting relationship in his life.  She heard me but she decided that she could now leave and make her life elsewhere with her two sons.

I did hear from her older boy several years later, as soon as he could he left them behind and got on with his own life.  He thanked me for listening to him and his mother did ban his brother from her bed but he didn’t think his brother would ever make an independent life from his mother.

Dennis Nilsen was born on 23rd November 1945 in London, England.  He Murdered 12 or more young men by strangulation or drowning.  He kept the bodies in his flat (apartment) for extended periods of time before getting rid of them by burning the bodies on a bonfire or flushing the dissected flesh down the lavatory.  He admitted to molesting his sister and his brother.  Later on Nilsen developed sexual fantasies that his sexual partners were completely passive, unconscious or dead while he had intercourse with them. One of the psychiatrists on his case was on my Advisory Committee during my years in the refuge.  We discussed this case and he told me that until Nilsen was fifteen he often slept in his mother’s bed.

I think one of the last taboos that we have is the belief that women are incapable of harming their own children.  A knowledge of ancient Greek plays would soon disabuse the believers but for now women get away with all sorts of deviant behaviour.  I have always objected to the deifying of women as innocent victims because it makes women less than human.  Only when we are allowed to come off our pedestals and be judged by the same measure as men can we also be considered equal.

Women can hide under the radar because much of their abuse is disguised as medical attention. As an example women use suppositories as penetrative objects and no one ever wonders why the child seems to be permanently constipated.  But the most common behaviours is that the mother flirts with her son as she would a lover.  As a small boy he is absorbed into her incestuous orbit and the rest of the family is excluded.  Very soon the father resents his son and can become bitter and abusive.   ‘I never felt so sexually satisfied until I breast fed James,’ an incestuous mother told me.  She fed him publically until he was two and a half and then surreptitiously until he was five. Breast feeding is a sensual experience for a normal mother and child not a sexual experience.

After a conference on sexual abuse (I was the only speaker discussing women’s sexual abuse) I heard from many men from that conference who contacted me and told me about the damage they sustained from their malignant mothers.  Women who insist on bathing with their sons for far too long. ‘I was seven before she let me bathe on my own,’ George told me.  ‘She sat at the plug end with her legs outside mine and I thought my feet would be sucked in by her vagina. She had exceptionally hairy pubic hair.  I am sexually impotent and any sexual satisfaction I can achieve is as a voyeur of other people’s sexuality.’

Many men are unable to make love to a woman except if they can lie behind her because if they orgasm they see their mother’s face superimposed upon the face of their lover. The list of the damage is endless sexual abuse is experienced by both men and women but there is a huge amount of literature on men as sexual abusers and very little about women as abusers. Indeed I often have to correct people who say that incest and paedophilia is only perpetrated by men. Again the figures are equal because so much of women’s abuse as I have tried to explore in this article remains hidden and unreported.

My final thought is that the malignant mother uses her son or sons for her own solipsistic needs and often when she has had enough of him she will drop him.  She then leaves a bitter, raging, dangerous man.  If he tries to give his partner his heart he is unable to because his mother forever holds his balls.