You are here: Home / Domestic Violence Law / When did you last beat your wife? 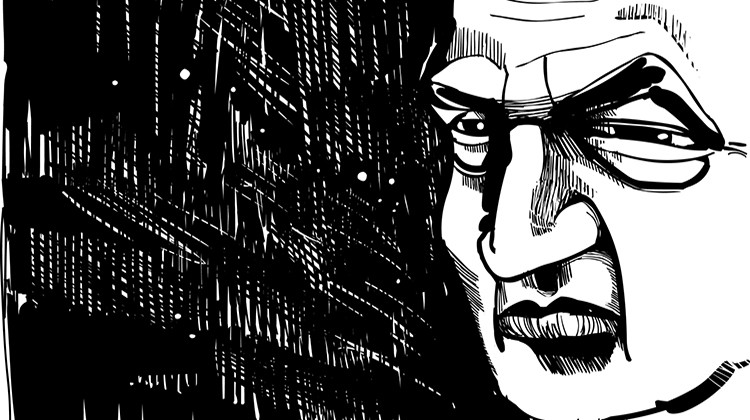 I wrote this article for the Observer Newspaper in 1998 and as far as I can see there has been no change.  The radical feminists still refuse to recognise the well documented fact that women can be just as violent as men.  As far as I am concerned these radical feminists are guilty of denying treatment to violent women and to their children who are often battered and abused by their mothers. Women abuse their children far more often than the biological fathers.  This is not because the women spend more time with children normal women do not abuse their children under any circumstances, it is because they too have been abused as children and the majority of them are unable to control their rage and aggression. The purpose of the refuge/shelters I believed was to offer the violence prone mothers the chance to change their behaviour and to help them learn non-violent strategies to cope with their already damaged children. Also to offer a safe space to women with their children who were not in need of therapy because they came from loving harmonious parents and were not violent nor were they violent to their children.  Non-violent women needed support and legal assistance but did not need long term residential therapeutic care.

This article was the first time I was able to publish my thinking prior to this I was largely ignored by the media because of course the majority of female journalists were and are still card carrying feminists.  The male editor telephoned me after this was published in his paper and said they were all astonished at the response not only from readers in England but also from across the world.

This week the British Medical Association reported in The Guardian (a left wing newspaper) that ‘One in four women were abused ‘according to the very prestigious British Medical Journal  a survey in Islington (a London Borough) provided the information that 571 women and 429 men were asked about domestic violence.  The result of questioning the 571 women shows that one in three of them had reported domestic violence and a quarter of the women had been forced to have sex against their will.  There is no mention in the BMA report of any result from the questioning of the 429 men.  Upon further research we find that the men were questioned but only about whether or not they had physically or sexually abused women.  The researchers failed to ask if they considered themselves victims of domestic violence.  This report follows on the heels of several other well reported surveys and television documentaries since the beginning of this year that sought to prove to the general public that men – all men are dangerous, violent and unpredictable in their relationships with women.

In 1971 the first refuge/shelter in the world opened its doors to women and children fleeing from domestic violence and almost immediately the men and women working in the refuge with the women and children became aware that of the first hundred women coming into the refuge, six two were as violent as the partners they had left.  Not only did they admit their violence in the mutual abuse that took place in their homes but the women were abusive to their children.  The purpose of the refuge was not to make political gain out of personal suffering but to seek to discover the causes of domestic violence and to create therapeutic programmes that would educate violence prone parents to learn to eradicate their violent behaviour.

Unfortunately at this time the feminist movement hungry for recognition and for funding was able to hi-jack the domestic violence movement and promptly set about disseminating dubious research material and disinformation.  Tess Gill and Anna Coote both prominent members of the women’s movement in their book ‘Sweet Freedom (publisher Pan Books 1982 IBSN0330266113) stated that: ‘feminists saw domestic violence as an expression of the power that men wielded over women, in a society where female dependence was built into the structure of everyday life.’  They concluded that: wife-battering was not the practice of a deviant few, but something which could emerge in the ‘normal course of marital relations.’  As the politically correct arm of the women’s movement swung in to action, to dare to suggest that women could be guilty of acts of violence against men became ‘blaming the victim.’  All women we were assured were innocent victims of men’s violence.

In the following years respected research workers in the field published their findings.  Murray Strauss, Richard Gelles and Suzanne Stienmetz authored ‘Behind Closed Doors Violence in the American Family (published by Doubleday/Anchor 1980).  In their findings they reported that domestic assault rates between men and women were about equal.  Physically men caused more damage to women but women retaliated with weapons.  This was backed up by a report from Leicester Infirmary in England that reported that their findings confirmed that men and women were equally victims of violent assault but that men’s injuries were more horrific because they were caused by weapons.

None of these findings made much impact in the media and were brushed aside by the feminist movement who insisted that any injuries caused by women were probably in self-defence.   Those of us in the domestic violence field working in America were unhappy about the mounting tide of information demonizing men.   In spite of the evidence now showing that both men and women were capable of violence towards each other and abusive behaviour towards children, rigorous laws were being pushed through the US and Canadian judicial systems that discriminated against men.  Women began to falsify information and accuse their partners of domestic violence as a preamble to requesting a divorce.  Men were accused of molesting their children and many jailed without evidence. Men could be removed from their homes merely by an allegation from their partner that they were ‘in fear.’ No physical or corroborating evidence of violence behaviour was necessary.   Courts refused to discipline women who refused to allow men access to their children.  Men had a ne in ten chance of losing contact with their children altogether. A bitter war between men and women became a reality.

In March of this year I heard that new legi8slation was being considered by the Woman’s Unit and I asked if I might visit the unit.  I received a personal note from Joan Ruddock, the Women’s Minister and an invitation to visit her in her office.  Upon greeting me Ms. Ruddock stated that she knew I would be unhappy to hear that in the new legislation men were to be referred to as the ‘perpetrators.’ I pointed out that all the informed research concluded that either men or women were equally able to be perpetrators of domestic violence. Ms. Ruddock disagreed. ‘The figures for women attacking men,’ Ms. Ruddock assured, ‘are miniscule.’  During the discussion Ms. Ruddock agreed that she and her colleagues are developing a national strategy on tackling all forms of violence against women which will be published this autumn.  I asked if the U.K. Men’s movement had been consulted or Families Need Fathers but Ms. Ruddock said she didn’t think they had much to offer to any discussion.  She also made it clear that she did not think that I had anything to offer either.  As a result of this meeting a few concerned women met with Ian Kelly of the U.K. Men’s Movement and we agreed that it was necessary for women to form their own organisation to protect the rights of families and their fathers.

Another of my main concerns were the programmes developed in America where men who were considered ‘perpetrators’ were mandated into counselling programmes often run by bitter anti male feminists. The Duluth programme is one of the best known they identify common characteristics in domestic violence perpetrators, these include holding traditional views about men’s position in society and in the family.  Translated this means that men in the programme must admit to their patriarchal heritage, their crime is being born a man and these programmes are a very crude form of feminist brain washing.  Some of the U.S. legislation is frightening.  In California men who of have been found guilty of domestic violence have to sign on at the local police stations along with the paedophiles. I asked Ms. Ruddock if the Women’s Unit proposed importing these programmes into England.  Ms. Ruddock side stepped the question.

One piece of research that has managed not to see the light of day is that the worst form of violence does not occur between men and women or even between men and men but occurs between women and women.  Lesbian violence is very violent and a source of great embarrassment to the radical feminist movement.  In a sample of 1,099 Lesbians, Lie and Gentlewarrior found that 52% had been abused by a female lover or partner.  If women are so violent in their relationships with each other how can the myth of men as the sole perpetrators of domestic violence hold up its head?

Edmund Burke remarked ‘For evil to triumph, it is only necessary for good men to do nothing.’  For nearly thirty years men have done very little to protect themselves from being disenfranchised from their homes and their children.  Now with this new legislation already prepared without proper consultation is in the near future. Will good men continue to do nothing?