You are here: Home / Domestic Violence Law / Why women’s shelters are hotbeds of gender hatred 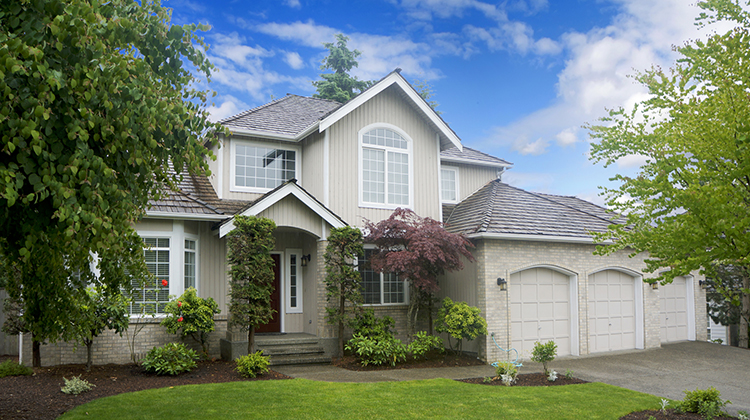 At the very moment when the operation of women’s shelters in Germany has been subjected to scientific study for the first time, the German Bundestag’s Family Affairs Committee has decided to review the question of whether women’s shelters should receive funding guarantees through the German federal government. Given the political ideology of women’s shelters and the ramifications of such a step, this proposal should be taken under serious review. The answers to a number of questions are still outstanding. Have the services performed in women’s shelters stood the test of time? Are the shelters operated in a professional manner, and have they moved on from an ideology that views men as the perpetrators of violence and women as nonviolent? Have women’s shelters developed a professional understanding of family conflicts that enables them to extend their efforts and include all members of a violent family?

As usual, the slated funding guarantees are based on no more than the convenient statistic that “every fourth woman will become the victim of relationship violence at some time in her life.” Since there is no comparable data that would apply to men, the number is poorly suited as legitimization for women’s shelters. Up until now, reference was made to the role of women as victims, and funding for such institutions was automatically renewed. The effectiveness of the shelters was not monitored. At the same time, the statistic was used to popularize their work. In the pre-Christmas season of 2007, a media campaign was launched in Austria under the slogan “Verliebt. Verlobt. Verprügelt” (In Love. Engaged. Battered). The German lottery also runs public service spots pertaining to the matter. While all this has little bearing on the circumstances under which men and women actually conduct their lives, it couldn’t document more clearly a bias against men.

When women’s shelters were first being opened more than 20 years ago, the object was to focus public attention on the experience of violence from a woman’s perspective. The founding of the Bremen women’s shelter can be traced to just such an intention on the part of the author, who at the time endorsed the risky attempt to provide political lay self-help. This coincided with the spirit of the times and its sensitivity to violence as an aspect of women’s lives—although it did not extend to men. In those days, the author, too, was unwilling to imagine that women’s shelters would make a substantial contribution to a hostile polarization of society into violent men as opposed to irenic women, thereby creating many years of stagnation in gender discourse.

Today, we know more than we did 25 years ago about the partnership dynamics that trigger violence. More than 200 studies in the USA and Canada have produced findings that have added to public knowledge and increased understanding in political circles. But it is precisely the field of family policies that offers stubborn resistance to the very essence of this research, namely, that women behave just as aggressively and violently as men, and even slightly more often. This also applies to their behavior toward their children. It is particularly conspicuous during phases of a divorce that are high in violence. All counseling agencies should be expected to help limit violence so that children, above all, do not become actively or passively involved in the violent episodes between their parents.

A major survey of divorced fathers conducted by the author in Bremen showed that violence occurs in 30 percent of all divorces, with 1,800 men reporting physical or psychological abuse by their partners. This represents a significantly higher rate of incidence than the approximately 10 percent seen in relationships under everyday conditions. Within the 30 percent of divorces where violence occurred, 60 percent was initiated by the men’s ex-wives or ex-partners. Our survey findings revealed that within the most conflict-laden context of an adult life, women, too, initiate violence. Only from the perspective of women’s shelters does violence emanate exclusively from men. Instead of making divorce conflicts more tractable, women’s shelters actually exacerbate them. The “every-fourth-woman” statistic is therefore being used to document the necessity of changing the Domestic Relations Law of 1998 because allegedly the sole source of danger for children during a divorce is violence stemming from their fathers. By pursuing this approach to family policy, the advocates of women’s shelters are attempting to use prejudice as a means to rescind the right of children to both of their parents.

The 60 percent of divorce-related violent incidents that are initiated by women inflict great suffering on the fathers involved. Their statements are genuine. Yet there is a difference between science and the ideologically based enemy image adopted in women’s shelters, and it lies in the evaluation of the numbers. Whereas science attempts to resolve conflict, the proponents of women’s shelters book hostility toward men as political success. Accordingly, we do not claim that women experience episodes of violence in exactly the same way that men do. To make that assertion, we would have to survey them, which we have not as yet done—and neither have the “every-fourth-woman” agitators.

We have, however, arrived at an entirely different set of conclusions. We assume that women experienced the abuse in a similar way as their partners, namely, as stemming from the man. American studies confirm this. But if both parties are mutually accusing each other of starting the violence, then what is actually true? Both statements represent subjective truths. Generally, neither of the parties is lying. Unlike during their happier times, however, both of them now feel aggrieved and are no longer able to communicate with each other verbally. They lapse into lethal silence, scream at each other, or resort to physical blows. In such cases, marriage and family counselors can help to restore the couple’s destroyed ability to communicate. Once the partners reestablish a common language, they have the option of entering into a process of reconciliation or choosing to separate with respect. They and, above all, their children do not lose their positive experiences from the past.

Women’s shelters are incapable of providing this kind of professional intervention because of their ideology: they view a man as every woman’s enemy. For them, it is a foregone conclusion that women do not engage in violent acts. According to the ideology espoused in women’s shelters, this is always a given, and mutual talks between a woman and her partner are therefore superfluous. To this end, women are politically manipulated into a victim role and men are collectively denigrated. Consequently, the residents of women’s shelters are allowed to experience themselves only as victims and not as participants in a relationship that has turned violent.

Women’s shelters represent a world where the joy of life is missing, and efforts to resolve relationship conflicts have been replaced by existential despondency or even self-hatred. Misandry appears to offer a way out. This oppressive atmosphere surely accounts for the high rate of employee turnover at women’s shelters and the dissension within work teams. It enables one to understand recent research conducted in the USA that found that women are increasingly steering clear of shelters despite the severity of their conflicts. They do not want to be forced into a world that despises men. Their own problems are burden enough.

The advocates of women’s shelters are unfazed by objections that they are compromising the ethics of the helping professions, for professionalism is not their goal. On the contrary, they self-confidently label themselves as “partisan,” which is synonymous with viewing women as victims who face sinister male powers and an indifferent public. Professional ethics have been deliberately replaced by political motives. And that is by no means selfless. It gives them a narcissistic high and a sense of moral superiority over the rest of the world. It is a mixture of elitism and pretended self-sacrifice.

In the founding years of women’s shelters, this elitism functioned as a gateway for the disparagement of existing professional organizations that were sponsored, for example, by Protestant churches, the Catholic Church, or the German state governments.

In that respect, little has changed. The proponents of women’s shelters believe that their combative, anti-patriarchal rhetoric will have a greater impact than professionally trained counselors and therapists. Most of them seem unimpressed that they are not genuinely helping those who seek counseling because they attribute their failure to a lack of political insight on the part of the women. Their sense of mission appears to provide greater narcissistic gratification than the tough, daunting task of working with violent families who have elevated physical expression to the language of everyday life and otherwise no longer have much to say about each other.

The Feminist Ideology: A Hotbed of Misandry

Granted, there may be shelters that have jettisoned their ideological ballast, but even the term “women’s shelter” itself always implies the disastrous ideology of radical feminism, whereby relationships between men and women are characterized by their respective status as victim and perpetrator. According to that, women can do nothing and men are completely in charge. Thus, women’s shelters perpetuate the destruction of communication within partnerships as a political project within the gender discussion.

The conclusions are obvious. The concept of ideologically based women’s shelters is no longer needed. What families with violence problems urgently need is a network of counseling centers that can provide unbiased and nondiscriminatory assistance to all of the parties involved. For family violence is systemic and psychodynamic in nature. If a woman strikes her husband, and the husband strikes his wife, then there is a high probability that they are also abusing their children. And children who have been struck, boys and girls alike, are in turn more likely as adults to strike their own children or partners. This sets the course for the reemergence of intra-family violence in the following generation. Society continuously accumulates a growing potential for violence. And mothers who do not strike their children, but instead leave the task to the children’s father, are no less integral parts of the scheme of violence—as is the parent who simply remains silent in response to the entire situation.

Instead of women’s shelters, what we need in the future are specialized counseling centers for families with unresolved violent conflicts. These would be staffed by well-trained men and women who cooperate based on professional ethical standards. They would intervene directly during violent family crises and, in extreme cases, provide a temporary safe haven for men and children and women, to the extent this has not already become unnecessary due to a personal protection order. We need family counseling centers that can step in and have an impact at the very source of the ongoing intergenerational cycle of violence. A public that is dumbfounded by the apathy of youth welfare offices and horrified by school murders and the corpses of children should approve government funding only if those who seek counseling are assured to receive effective assistance. Counseling therapy simply must be kept free of political ideologies. The only place where this does not apply is in undemocratic societies.

Likewise, we need to initiate a new discussion at colleges and universities. Political correctness has given rise to a prohibition on thinking about women in terms of aggression and violence, and this must be confronted with the findings of international research.

Editorial note: This article was translated by Philip Schmitz.

Gerhard Amendt is Professor of Gender and Generation Research at the University of Breman. His most recent book, "I did not divorce my kids!" How Fathers Deal with Family Break-Ups was published in 2008. His forthcoming publication is a text book on intra-family violence. Dr. Amendt can be reached at [email protected]